Entrepreneur born from necessity and passion

"The Entrepreneurship program has helped us connect with other people and resources like applying for grants – I wouldn't even know these funds were available, and it has allowed us to add critical infrastructure necessary to growing the business," said Summers. 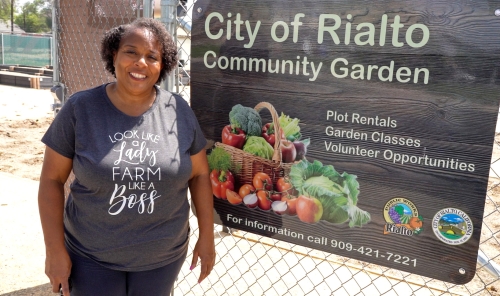 One of the unintended consequences of lockdowns, supply chain disruptions, and the closure of restaurants, smaller specialty stores, and the end to many local popular farmers markets due to gathering and social distancing concerns was the realization by many people that food could quickly become scarce. Food insecurity is often something that people on the economic margin face, but it affected almost everyone at the height of the pandemic.

According to an article in the Wall Street Journal, record numbers of Americans, in both red and blue places and dense urban environments as well as rural ones, turned to gardening during the last two years, driving a massive seventy-seven percent increase in people growing their own food.

Thanks to the undergraduate program offered at the School of Entrepreneurship of the Jack H. Brown College of Business and Public Administration, at Cal State San Bernardino, a local woman is living out her dream of owning her own business centered around urban survival and helping people learn how to provide food for themselves and not rely solely on the local grocery store or food delivery app.

Lynn Summers spent 35 years as an emergency room tech, and she and her husband had long planned a sailing trip to circumnavigate the globe. Her husband's illness made that dream impossible, but another opportunity was to be realized. Lynn had long been an advocate and practitioner of the kinds of habits that were practiced in her words by her grandmother,

"I am just doing things that my grandmother showed me how to so,”

Summers is fond of saying.

Mainly she means controlling what you put into your body by growing it and processing it yourself.

"I teach people how to take an integrated approach to urban survival, and a large part of that is centered around food, and that is how to grow, preserve, dehydrate, ferment, can, and otherwise store food for throughout the year." 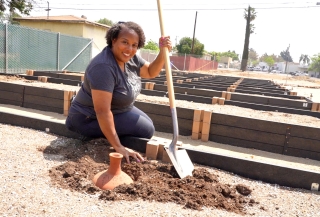 The FEMA-trained Summers saw an explosion of interest in the subject she had long tried to tell people about when the pandemic hit.

"The pandemic forced people to reassess their food needs – shortages in stores – prices rising made people reassess how secure their food supply really was."

Eating, and eating healthy nutritious food, is a large part of being able to survive.

Summers is on a mission to help people make a plan in how to preserve their food options, eat better, and execute it well.

"During the height of the pandemic, people were showing up at our door asking us how to grow their own food. It was just crazy." said Summers. The demand had a considerable impact on the supply of gardening basics like seeds.

In fact, according to an article in the Wall Street Journal, the sales at W. Atlee Burpee Co., one of the largest seed suppliers in the world, sales at the company increased a record 60% in 2020. Then in 2021, sales increased by double digits again, and in 2022, projections are to break records again. To feed her growing business and clientele, Summers needed seed funds and found them with the help of the program at the CSUSB School of Entrepreneurship.

"The Entrepreneurship program has helped us connect with other people and resources like applying for grants – I wouldn't even know these funds were available, and it has allowed us to add critical infrastructure necessary to growing the business,"

She received a grant of $5,000 from the Community Alliance with Family Farmers that she used to pay for necessary supplies to increase the volume of sales that she could execute. Summers Prep is doing a brisk business selling the fresh products they produce including, eggs, figs, Okra and Collard greens, dehydrated oranges and strawberries, and jarred items such as the apple cardamom jam, four citrus marmalade, and strawberry elderberry flower jam.

She even makes and sells her own line of specialty teas. The Red Chi Tea she makes with herbs she grows herself and large purchases of Red Tea Leaves from South Africa where she has contacts through relatives. 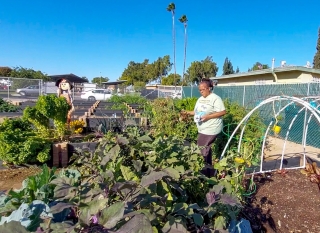 "This is only the beginning."